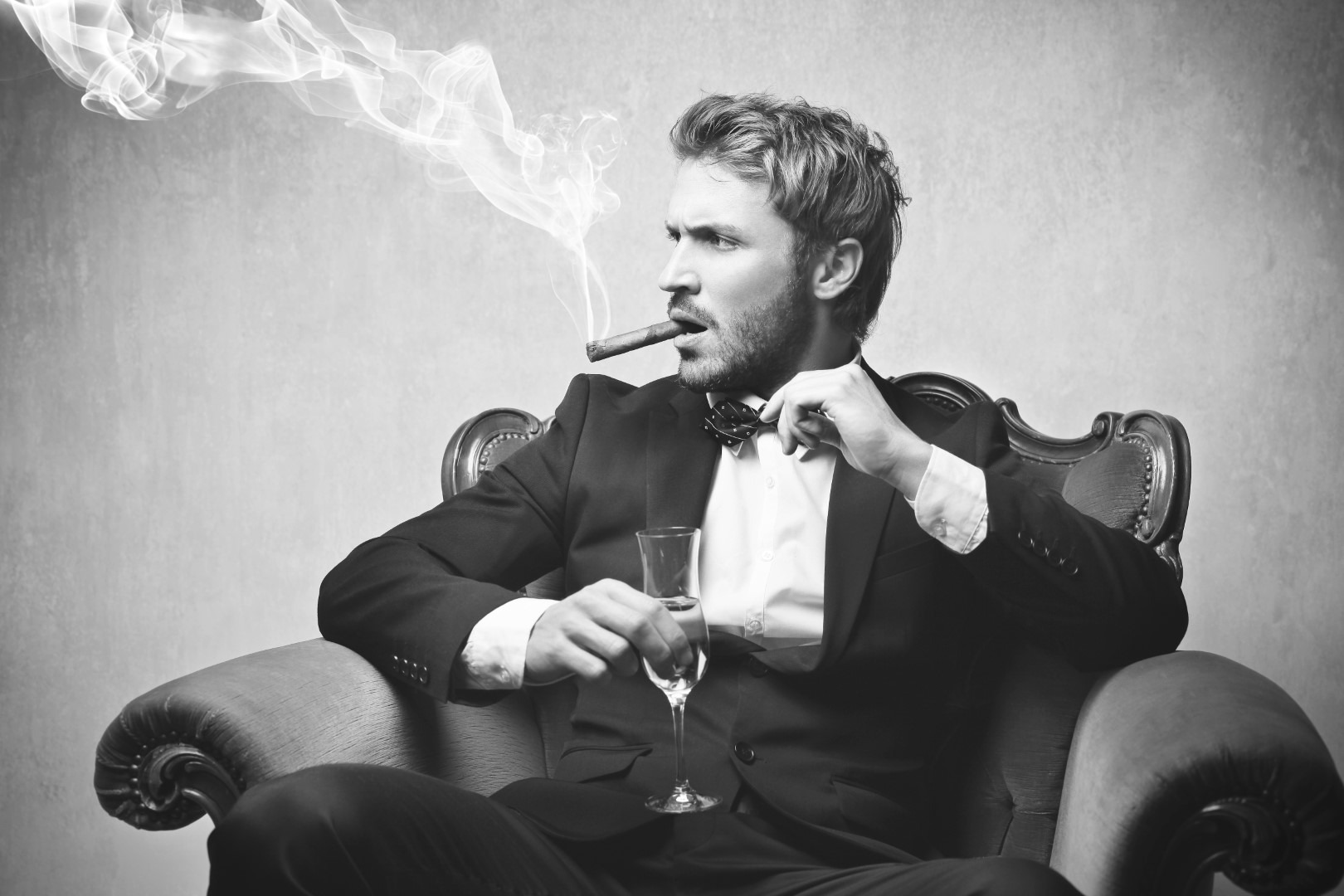 The 2046 year old Short Back and Sides haircut branched off into many variations, one of those is the ‘Classic’ haircut.The classic cut existed between the 1920s to the late 1960’s, and was sometimes called the Vintage haircut. This name included any style that was clean, parted, oiled, brushed, combed, swept and waved.

The Classic and Vintage haircuts were gentleman’s or business man haircuts who cared about their appearance, as their image was on public display and assisted in upholding their reputation, be it good or bad!

During the 1920’s, although men wore top hats, this did not stop them from ensuring their hair underneath was pure elegance. Rich and famous men had smooth, slicked straight back hair with a center or side part and used brilliantine to give a high gloss finish. This style has since been brought back from movies such as the Great Gatsby which was set back in 1922-1930’s.

Not much changed with the The Classic haircut, except in the 1940’s, the slight
change to a pencil thin moustache which was back then known as the “Errol Flynn”. Moving  forward to the 1960’s where the classic cut was slowly fading out, before the mop-top became popular by the band The Beatles.

No matter what decade these classic styles existed they are still timeless and we
often get asked for them. The classic in summary is just a fuller longer look then any of the latest skin fade styles, if you have the hair you can’t go wrong with this trendy, gentleman’s haircut and it fits perfectly with a beard.